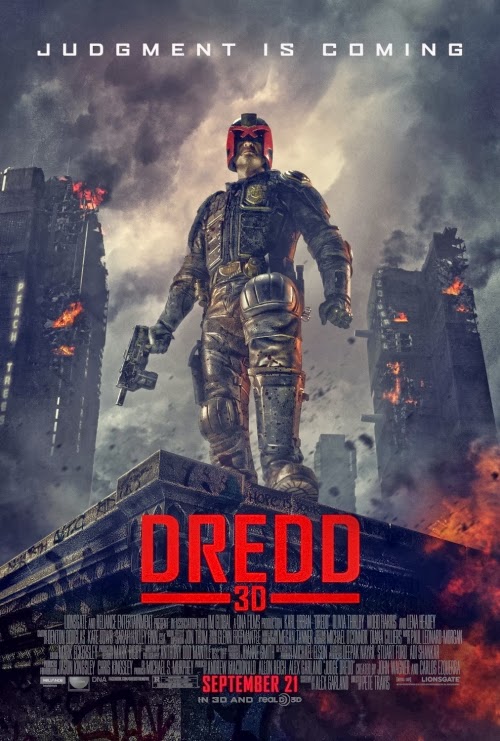 When DC Comics released its New 52 line-up back in 2011, many of my friends were upset. I wasn’t. I was incredibly thankful. Why? Well, I got out of comics, mostly due to lack of time and funds, back in 2009. When I finally decided to come back, I was utterly, totally, helplessly lost. I only had two options. I could read all the issues I missed (which would have cost me a lot of money and time, the two reasons I stopped reading comics in the first place) or I could simply stay away from comics altogether. There is unquestionably a barrier to entry into the world of comic books. Trying to understand the complicated timeline of any major comic book title requires an extensive amount of backtracking through the library. I remember trying to explain Robin to an ex-girlfriend. She thought there was only one Robin. “No, no, no”, I said, “there have been many”. So I went through Dick Grayson and his departure, Jason Todd and his murder (and eventual resurrection), Tim Drake, Stephanie Brown, and finally Damian Wayne and his backstory. A half hour had gone by and her eyes were glazed over. She asked, “Is that it?” Nope. I was just getting started.


Comic book film adaptations, however, are easier to get into. A good comic book movie exists in a vacuum. Everything necessary to enjoy the film is contained within the walls of the narrative. No extra information is  needed. Marvel, with their ever-growing line-up of films, is beginning to slip a little. Fully enjoying THE AVENGERS meant having to watch an uneven batch of previously released films. But that is a rare exception. JUDGE DREDD, the 1995 disaster from Danny Cannon, was self-contained but a mess. It was too much of an appeal to non-comic book fans. It didn’t just take extensive liberties with the source material, it shit all over it. But let’s be honest…did 90% of the people watching the film even know who Judge Dredd was in the first place? This isn’t Batman where the character is a well-known, well-loved figure. Judge Dredd the comic book was an enthusiast title with a cult fan base. So were the makers supposed to cater to that cult fan base or reach for the mainstream?

This is one of the reasons I think comic book adaptations are a difficult thing to get right. Stick too much to the source material and you risk alienating non-comic readers. Stray too far into the mainstream and you’ll piss off a bunch of nerds. Witness the recent MAN OF STEEL and the outrage surrounding Superman snapping the neck of General Zod. If you’re a comic fan, that single act was a slap to your face. “Superman would have never done that!”, they screamed in between shoving Doritos into their fat, unshaven faces. But in the context of the film, the scene makes perfect sense. Would you have preferred to watch Superman allow Zod to laser a bunch of innocent people to death? Would that have been in character? The resolution to the scene was powerful for precisely this reason: it took an established good guy character and forced him to abandon, however briefly, his own morality. In the context of an on-going series, that moral choice could have repercussions unseen in just that moment. But trying to explain that to the pitchfork wielding comic nerd group is like trying to explain to a TWILIGHT fan that the Bella-Edward relationship isn’t romantic, just borderline abusive. They won’t get it because they're too close to it. Comic fans demand strict adherence to the source material. But that doesn't always work in a film because the film is not the comic book. It's a separate entity.

Anyway, I WAS familiar with the character of Judge Dredd and watching Stallone mumble his way through the film was insulting. I enjoyed the comic a great deal. I was, as I just pointed out, too close to it. Years went by before I revisited the film. I looked at it objectively. It was still a total mess. For that reason, I was hesitant to even give DREDD, the 2012 Pete Travis franchise reboot, a look. I didn’t want to risk having to endure another sloppy, pointless yawnfest. To my great surprise, DREDD turned out to be an exceptional movie but I have to wonder… did this even need to be a Judge Dredd movie? It feels like a remake of THE RAID: REDEMPTION with Judge Dredd just slapped on top. There’s no Judge Death or Judge Mortis. No Orlok, Armon Gill or Mean Machine Angel. Mega-City One is practically unseen as almost the entire film happens in one high rise building. So why is this a Judge Dredd film? Why not just create a new property altogether?


Well, it IS a Judge Dredd film but not because of the iconography or anything like that. It’s a Judge Dredd film because of the subtext. John Wagner’s original character was meant to symbolize the faceless, often overly brutal nature of the justice system. Joseph Dredd was the ultimate personification of total authoritarianism. The Judge Dredd of the comics never flinched in his obedience to the law. That gave the character, at times, an almost fascistic flavor. The Judge Dredd of the comics, though ostensibly a hero, could be an incredibly terrifying dude. That flavor is precisely what DREDD captures so well.


The story, or what counts as a story here, is simple: Judge Dredd and his mutant-psychic rookie partner Anderson find themselves trapped inside a high rise building after capturing Kay, a man connected to a brutal triple homicide. What they don’t know is that Kay is under the employ of Ma-Ma, a sadistic drug lord that has been flooding the streets with SLO-MO, a powerful narcotic. Fearing what Kay may tell the Judges downtown, she literally locks down the entire building with thick, almost impenetrable, steel blast shields. Trapped inside the building, Dredd and Anderson have to survive wave after wave of cartel members.


Honestly, my heart sank a little bit at the revelation that this was all the film was going to be. I wanted more of the Judge Dredd comic book. I realized that I wasn’t going to get it and I became a little uncomfortable. I thought about turning the film off. I’m glad I didn’t. And let’s be honest here, this is not a ground breaking, life altering piece of cinema. This is pure, unadulterated escapism. And in that regard, DREDD is wonderful. It’s a 90 minute bullet fest and one of the best I’ve seen in quite some time. Yes, it’s absurd that Judge Dredd goes through the whole film without being shot more than once and yes, it’s kind of a cop-out that his should-be-fatal injury is neatly patched up with some kind of self-surgery kit that involves nothing more than cauterization and staples (I’m not a doctor but I’m pretty sure that would do nothing to repair the quarter-sized hole in your liver). At no point do you ever feel like Judge Dredd and Anderson are in any real danger and that’s something that always bothers me about superhero movies. You can’t kill them because if you killed them, you would end the franchise. These movies attempt to compensate for this by making innocent people the target of the suspense (will The Joker blow up the boat? Will Bane trigger the nuclear bomb?) but in Dredd, people die by the truckload, innocent or not. As a result, the film is completely free of any kind of emotional stakes. Thankfully, it makes up for it in pure adrenaline and speeds by so quickly that you don’t even have time to realize how emotionally empty the whole film is.


I was also very pleased with the handling of Anderson, the female rookie. Anderson is a mutant capable of reading people’s minds. She is the audience surrogate, the one that witnesses the terrifying capability of Judge Dredd. She is thin and attractive, morally grounded and motivated by a distant altruism. In any other action movie, she would have relegated to the damsel character. In fact, her eventual capture made me groan. I was expecting the film to descend into stereotypical narrative territory. But DREDD doesn’t play that game. Anderson’s integrity as a strong character is never compromised. There is a magnificent scene that occurs within the mind of Kay as Anderson psychically interrogates him. Kay attempts to place Anderson in the kind of situations that usually befall female characters in the male dominated action film (abuse, rape, etc.). The outcome of that scene is one of the best of the film and deftly underlines the sexual politics of the film. Alongside PACIFIC RIM, DREDD shows that female characters don’t need to play the victim role to be seen as human characters in the action film.

I could go on and on about the skill Travis displays in his direction. I could go on and on about the way the look of the film overcomes its meager production budget. I could go on and on about how the performances brilliantly manage to straddle the line between character and caricature. I could go on and on about any number of things here. Instead I’ll just say that DREDD surprised the hell out of me. For a movie that wades in the same adolescent waters as virtually every other action film out there, it is a remarkably assured and mature work, a troubling film in many respects and a film that deserved a lot better than it got during its release. It’s easy to see why it has such a passionate fan base. I now count myself among the multitude of people singing its praises. Yes, it isn’t quite the end-all be-all Judge Dredd adaptation I wanted but I’ll be damned if it wasn’t a great reboot of a previously dead and ridiculed franchise.
Posted by David Grant at 5:11:00 PM No comments:
Email ThisBlogThis!Share to TwitterShare to FacebookShare to Pinterest
Labels: action, comic book, Dredd
Newer Posts Older Posts Home
Subscribe to: Posts (Atom)