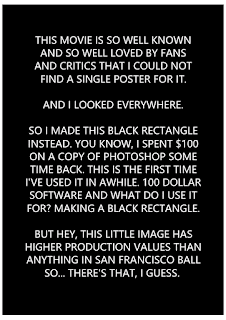 You know what kind of movie you're in for when the movie begins with a minute-long lingering shot of the female lead's vagina.

OK, that's a bit of an exaggeration. The film actually begins with a shot of three thugs standing near the Golden Gate Bridge. Why? Because it was cheaper than getting a “shot on location” title card made up. That's my guess anyway. From there, the film moves on to our female lead being tenderly groped in bed by her boyfriend, Bob (played by 1970s low budget porno regular Gerald Broulard). They whisper some sweet nothings to one another (she says “I love you, honey” and he responds “so do I”. How romantic!) as the camera eyes up her labia. It's only after we've stared at her crotch for 60 seconds that the film tells us her name. Karen.

Karen says goodbye to Bob and hops a plane from LA to San Francisco. She's going to spend some time with a friend named Judy. Just one problem. Judy has been kidnapped by the three thugs we saw during the opening credits. They proceed to gang rape poor Judy while waiting for Judy's sister to pony up the $50,000 ransom they're demanding. Even though Judy's sister (I don't think she's ever named in the film) tries her best to get Karen to return home by lying to her about Judy's whereabouts, Karen doesn't buy any of it and goes looking for her friend. Predictably, she gets herself captured by the thugs and a big gang bang ensues. Once the rapists have had their fill, they decide to slice poor Judy up with razor blades, accidentally killing her. Meanwhile, Bob has arrived in San Francisco. Will he be able to save the day before Karen ends up dead?

All of that encompasses about 25 minutes of the films running time. If that sounds rushed and overly busy to you, let this sink in for a moment: the film is only 50 minutes long. Yeahhhhhhh.

Not that hardcore inserts would have made this film much better. As erotic and exciting as autopsy footage, SAN FRANCISCO BALL makes 50 minutes feel like two hours. No one can deliver a line in a way that sounds even remotely realistic. The print I watched was horribly beat up, but there's barely any attempt at interesting composition anyway so I doubt a pristine print would have made this look in any way visually compelling. But this is a cheap roughie, not an art film, so how does it hold up as a simple piece of provocation? Not well. It's missing any sense of genuine outrage. The rape scenes are difficult to take seriously when the victims look only mildly annoyed and the rapists are behaving like characters in an Eli Roth film. The razor blade torture is largely unseen and any kind of satisfaction we might have received from watching these pricks get their comeuppance is robbed from us by poor execution. So even as a cheap-o roughie, SAN FRANCISCO BALL fails to deliver.

Still, it's a genuine rarity. At the very, very, absolute least, I can say that I've seen it. So yay for me. Right?

Posted by David Grant at 1:20:00 AM
Email ThisBlogThis!Share to TwitterShare to FacebookShare to Pinterest
Labels: San Francisco Ball