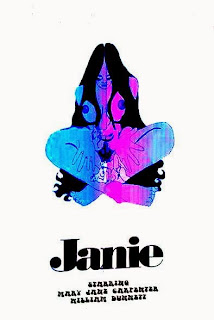 I once summarized the films of Jess Franco by stating that Franco is really just Jean Rollin without the artistic pretense. Many of Franco’s films exist solely for voyeuristic thrills. They’re narratively sparse pieces with no real stories to them. They are only concerned with female flesh. When I first heard of JANIE, I was told that it would fit into the oeuvre of Franco rather easily. Having watched it, I can say that statement is completely false. Yes, it does contain copious female nudity. Yes, there is no real story to be found. Yes, it is, like many of Franco’s mid-career (and late-career) films, terrible. But no matter how many terrible films Franco made, they still had an undeniable energy to them. They were never boring… unlike JANIE. 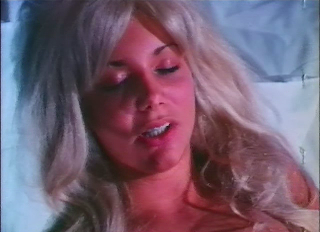 The film seems like a checklist for all the terrible elements of 1970s exploitation cinema. The soundtrack sounds like one long, extended jam band riff. Worse, it never stops. I don’t recall a single scene that wasn’t scored by the same generic sounding rock music. The sound is so terrible that 90% of the dialogue is inaudible. Many scenes are filmed indoors with the camera pointing at the sole light source in the room, an artistic choice that renders everything onscreen completely indecipherable. The acting ranges from terrible to abysmal with many of the "actors" looking at the camera, bumbling their lines or appearing completely uncomfortable on camera. There are many scenes of above-the-clothes masturbation obscured by a generous smear of Vaseline on the camera lens. Everything about this film screams Poverty Row. 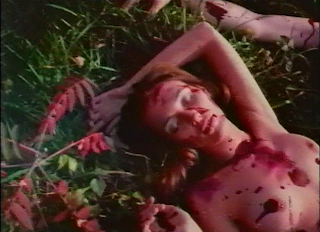 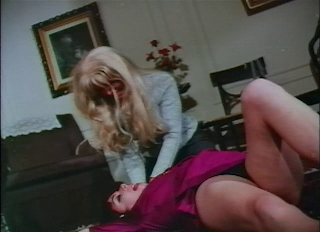 Let’s not dance around the issue: this film exists as nothing more than spank bank material. In that way, it does resemble most of Franco’s output. But again, it lacks the energy of Franco’s work. Hell, it lacks the energy of Ed Wood’s work. It is incredibly lifeless and dull, and probably only worth watching as a curio piece. Yes, Mary Jane Carpenter, the actress playing Janie, is attractive and does have a palpable sexuality, but it’s difficult to imagine this film really turning anyone on. Even as a piece of softcore fluff, it feels remarkably tame. I was hoping, for a film that contains serial murder and incest, that JANIE would eventually just go into a state of full-on sleaze mania but it stayed comfortably in first gear, barely even revving its engines during its 65 minute running time.
Posted by David Grant at 1:43:00 AM
Email ThisBlogThis!Share to TwitterShare to FacebookShare to Pinterest
Labels: exploitation, Janie, sexploitation