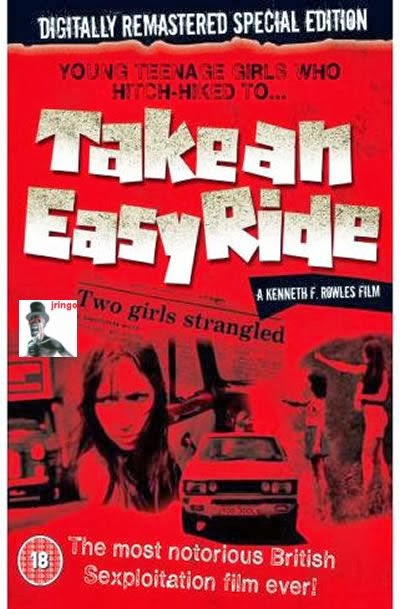 I’ve learned a lot from horror films. Over the years, I’ve picked up some damn good advice. For example, I no longer open doors, go into the house, look in the basement, open the window, answer the phone or go in the woods. Whenever some old guy holding a severed eyeball tells me that I’m doomed if I go to the lake, I promptly change my vacation plans. If I’m going to hang out with friends, I immediately turn down the offer if I think there’s even the slightest chance that one or two of them might have sex. I believe every word of every urban legend I hear, if only to be on the safe side. I never go swimming, rock climbing, driving at night, driving during the day or get on an airplane. I’ve learned never to go to a summer camp, abandoned mine, any house that looks over 100 years old, graveyards, shopping malls, grocery stores or even to sleep. Yes, sir. I learned all those lessons well and as a result, here I am, having never been murdered. Thank you, horror films.

Now I won’t give any details about how I go about doing (or not doing) all of that stuff. Let’s just say that my life is a living hell. But what I really want to tell you all about is the danger of hitchhiking. Long story short: don’t do it. Why? Because every single person that picks up a hitchhiker is a psychopathic rapist who will kill you horribly after violating you terribly. This is simply a statistical fact. Arguing otherwise would be to argue that movies lie. And movies don’t lie. Ever. Never ever.

TAKE AN EASY RIDE, a British film of unbelievable importance, illustrates perfectly why you should never ever consider hitchhiking. It does this through pure, easy to understand facts, interviews with people on the streets and a nice, trustworthy narrator. It also utilizes reenactments, sometimes four or five at the same time, to really bring home the point: if you’re a woman, every man is looking to rape you so don’t ever, under any circumstances, get into a car with one. But don’t just believe me. No, no, no. Believe the film. OK, I shouldn’t say “every man”. Just most of them. Some of them are decent folk, like the one driver who says that he will only pick up men or that one guy who says that hitchhikers are an insurance liability so he just ignores them. But don’t let that fool you. They are the minority. Most men sit in their cars looking at pornography, just waiting for some nice looking dame to rape and kill.

Now halfway through this most important of all British films you might find yourself thinking “what the hell is going on? Why are there six different stories going on at once? Why are there naked men walking around a field? Why is the only trustworthy driver dressed like a manager of a funeral home? Whose parents are these again? Why, in a film about the dangers of sexual abuse at the hands of strangers, are we being treated to countless upskirt shots, random bits of nudity, softcore lesbian sex and other kinds of exploitative filmmaking? Why does the film take a sudden shift from the dangers of hitchhiking to the dangers of picking up hitchhikers?” Allow me to answer those questions. Right after I’m done changing the subject.

If you’re a woman, TAKE AN EASY RIDE will change how you see the world. You’ll be much more paranoid, for starters. You’ll probably think twice about wearing short skirts, not wearing bras, having friends or leaving the house. You’ll also learn something about life. You’ll learn that life is far too precious to risk it hitchhiking. You might be mildly groped by a man in greasy jeans and that groping will leave you in the hospital, shaken up and inexplicably blind. Is that what you want? Then don’t hitchhike. Ever. Never ever. But do watch this film. It is an unimaginably great piece of work, shot with a kind of documentary realism that just, oh it just, well dammit it just, it just

Posted by David Grant at 1:48:00 AM
Email ThisBlogThis!Share to TwitterShare to FacebookShare to Pinterest
Labels: Take an Easy Ride