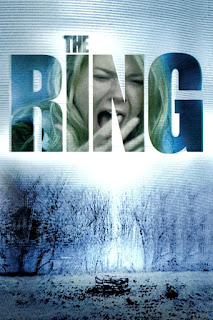 Where were you when Asian horror became the new big thing in genre film?

I was working in a music store that just so happened to give its employees a nice 33% discount on DVDs. And thank Christ for that, too, as I anxiously gobbled up every single Asian horror film that came into the store. I remember reading about this new wave of video nasties not in the pages of Fangoria but in the pages of Premiere magazine, the slightly pretentious alternative to something like Entertainment Weekly. Alongside the wave of transgressive North American indie shockers like HAPPINESS and SERIES 7: THE CONTENDERS was talk of films like SUICIDE CLUB, BATTLE ROYALE and especially AUDITION, a reportedly grotesque film guaranteed to have me retching into my popcorn.

As wave after wave of Asian extremities came flooding into my DVD player, I began to grow a bit dissatisfied with the quality of many of the titles on offer. Where was BATTLE ROYALE in all of this? Where were these ANGEL GUTS movies that I heard so much about? You won't give me those, but you'll give me EVIL DEAD TRAP? Well, thanks for nothing. So I did what any insatiable genre fan would do.

I bought a shitload of poorly translated bootleg DVDs off of eBay. Suck on that, Tartan Films.

One movie I was desperate to track down was Hideo Nakata's RINGU, one of the films often mentioned as a catalyst for this new crop of Eastern atrocities. But supposedly this film was different from the usual splattery Asian genre films I was eating up at a frantic pace. This was apparently more calm, more sedate, more focused on the frights. I finally received my 60-fucking-dollar bootleg copy and sat down to watch it. What did I think?

It was spooky as shit. By that point, I had seen more than my fair share of long-haired girls walking around dimply lit environments, but RINGU lacked any attempt at base manipulation. It's an exceedingly quiet film with nary a jump scare inserted into its 96 minute run time. A poor translation left me scratching my head more than a few times, but once I bounced online and downloaded a proper translation (which I had to read while watching the film), I appreciated it more and more. I began tracking down the sequels, the other unofficial adaptations made around the time like THE RING VIRUS and RINGU KANZENBAN, and when the novels started receiving English translations, I bought them too.

So when it was announced that a Dreamworks remake of Nakata's original film was under way, I was actually rather excited. Because depending on what path you take with the franchise (read the books and ignore the movies, watch RINGU and RASEN only, watch the other adaptations only, etc.), your RINGU experience will differ dramatically. The books are a far cry from what the films were and vice versa. So I wasn't upset that someone in Hollywood was going to “butcher a film I love”. I was excited that I would have one more unique spectrum to view this wonderful story through.

At this point, a synopsis of THE RING or RINGU is unnecessary. We've all seen it in one form or another. It works so well because of its central idea, that of a truly viral video that spreads a kind of fatal supernatural curse to anyone who views it. In the books, this curse isn't merely supernatural. Rather, it's a strange mix of virology and mysticism, the result of a psychic child, skilled in nensha, carrying the taint of smallpox. This is Cronenbergian to its core, a viral mutation spread through a visual medium. There are no ghosts manifesting out of televisions in the novels. There is only viral infection spreading largely unchecked, ever mutating. The novels grow weirder and weirder too, eventually culminating in a science fiction orgy of alternate universes populated with clones of Sadako, the evil force at the center of these stories.

I knew none of that would ever carry over into the remake. I knew full well that this would be a remake of Nakata's film and nothing more. But I was surprised how much the film borrowed from RINGU 2, the “official” sequel put into development after the spectacular failure of the first sequel RASEN, and how much it referenced DARK WATER, Nakata's masterpiece about a single mother and her young child tormented by the lonely spirit of a young girl accidentally drowned in the water tower of a rundown apartment building. I was half expecting elements of RINGU 0, the final installment of the original trilogy of films, to creep into the remake but none ever did. When the credits rolled and I walked out of the theater, I was torn. Part of me loved that the remake kept so true to Nakata's film, but the rest of me felt like something was definitely lost in translation.

I still feel that way today. Watching the film again, I was struck by how… I don't want to use the phrase “dumbed down”… I don't even know what phrase to use exactly. How about I just explain it instead?

There's a mystery to be solved in RINGU and that mystery is tied to a countdown timer. Once Asakawa watches the cursed video tape, she has exactly seven days to save her life. Saving her life relies on her being able to solve the mystery behind the images on the tape. So the film has to move swiftly. It has to gain and maintain a kind of momentum so we can experience the same fear of impending death that Asakawa is experiencing. RINGU, for all its complications, moves along at a great pace. As Asakawa's days count down, the amount of narrative ground covered speeds up. The pacing of the film works in conjunction with its underlying narrative thrust, that ever-present deadline of seven days.

But the remake doesn't have that same sense of urgency. It takes its time and really goes to great lengths to explain absolutely everything. And that's why I was tempted to use the phrase “dumbed down”. Because some mysteries are not solved in RINGU and the ones that are, are solved with expediency. We don't need a complicated explanation when a simple but engaging explanation will do. A lot of it comes down to the actual cursed tape images. In Nakata's original, the cursed footage breezes by in about 50 seconds and contains nine edits. In the remake, the tape lasts about 80 seconds and contains 34 edits. And each one of those images (well, 95% of them anyway) is explained as a part of some larger mystery.

What that means is that the remake is a film comprised largely of exposition. Now, you could argue that nearly all mysteries in film are explained through exposition, but the effect of having this endless stream of “this explains the horses and the ladder and the nails and the...” is that something needs to be sacrificed in order to make time in the narrative, and what ends up being sacrificed is the human drama at the core of the story, the struggle of a mother to save her life and the life of her child.

It's almost an unwritten rule with horror movie remakes. "All things need explanation". Did we really need to know that Michael Myers had a shit childhood? Did we really need an explanation as to how Jason gets around so quickly in FRIDAY THE 13TH? No, we didn't. Mikey's broken home and Jason's excavation skills add nothing to the stories. They're just fluff so the filmmakers can say “see! We're adding something new!” when in reality what they're adding is just filler. And that is what most of THE RING is. Filler.

Also gone is the underlying supernatural tone of the original. In Nakata's film, we have Ryuji, Asakawa's psychic ex-husband. The tone of Nakata's film is one seeped in paranormal horror. That character is replaced in the remake by Noah, Rachel's ex-boyfriend who is a photographer / videographer. As a result, we lose scenes of people discussing malevolent psychic powers and gain discussions on tape tracking and time codes. It's a not-so-subtle, probably cultural, shift in tone that would only be noticeable (obviously) to people who have seen the original film. We also have changes to the character of Sadako, here called Samara. In Nakata's film, Sadako is a tragic character, just a little girl unable to control her powers, doomed to a fate worse than death and lashing out in righteous anger at the circumstances of her fate. In Gore Verbinski's remake, Samara is just another Evil Child. Again, unless you've seen both films, this comparison means nothing, but it simply worked better in the original.

But what works in the remake? It isn't all bad, right? Absolutely not. For starters, the film is actually quite frightening at times. I love the fact that the whole damn movie is blue. Rachel's eyes are blue, Katie's school picture at her funeral has a blue background, the walls of every building are painted shades of blue, just fucking everything is blue. Why do I like that? I just like the color blue, I guess, but when you contrast it with the rain and the countryside vistas and the sharp explosions of red… It really creates a singular kind of atmosphere, one you usually don't see in most horror remakes. The typical color scheme of a horror remake is baby shit brown and pea soup green. Because that's what constitutes “edgy” in Hollywood. In contrast, THE RING looks classy, mostly because it actually is.

It's also terrifically directed and wonderfully scored. I love the “Samara emerging from the TV” moment and the way her image is distorted both physically and visually, her size reflecting the enhanced image of the television projection, her body jerking with every break in the tape she just crawled out of. I loved the horrifying visages of the corpses, the way Verbinski carefully frames his characters in isolation, the perfectly timed editing that knows precisely how long to hold an image for maximum effect. THE RING is a remarkably well made film, narrative gripes aside. It just needed to dial its script back a bit, to trust its audience a bit more. It misunderstood just why RINGU worked as well as it did. It wasn't because it was crammed full of ideas. It was because it was simple and focused.
Posted by David Grant at 10:41:00 PM
Email ThisBlogThis!Share to TwitterShare to FacebookShare to Pinterest
Labels: Blue, Ringu, The Ring, Unnecessary remake that turned out to be good