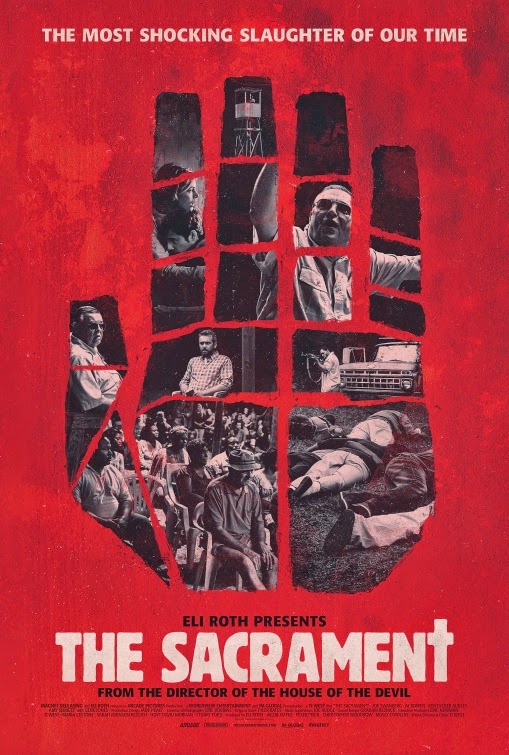 In November of 1978, California Congressman Leo Ryan and a small entourage entered Jonestown, a makeshift religious community of approximately 920 people located in northwestern Guyana. Less than 24 hours later, 918 people would be dead, including 909 members of the Peoples Temple, the progressive Christian church founded by an integrationist preacher named Jim Jones.

Founded in 1974, Jonestown was the result of Jones’ extreme paranoia and megalomania. Fearing persecution after a series of exposes and defections, Jones moved the organization and all of its members to Guyana. Temple members built Jonestown by hand, constructing meeting halls and shared living spaces. Using the life savings (and social security benefits) of its members, Jonestown began importing food and clothing, hiring security forces and sealing itself off from the rest of the world.

Congressman Ryan’s journey to Jonestown was spurred on by conversations with ex-members of the Peoples Temple. Ryan and his entourage were allowed access, were given extensive tours and had personal meetings with Jonestown officials. At some point during the night, two Temple members slipped Ryan a note asking for his help in leaving. Much like Jim Jones himself, the settlement that grew from his preaching only looked kind. Away from the eyes of the visitors, many members feared for their lives. The next day, tempers began to flare as more and more Temple members requested to be allowed to leave. Ryan was attacked by a Temple member but came away uninjured. A truck took Ryan, his entourage and several defectors to an airstrip in Port Kaituma. As the people began filling the two airplanes waiting for them on the landing strip, another truck, this time carrying the Jonestown security force, the Red Brigade, pulled into the airstrip and opened fire, killing Ryan and four others, injuring nine more.

Back in Jonestown, Jim Jones began initiating the final actions of the Peoples Temple. Jones had prepared his followers for this day in a series of drills he termed “white nights”. They had performed dry runs before. Now they would do it for real. A deadly concoction was produced, grape Flavor Aid mixed with cyanide. Followers were told to drink it from cups. Those too young, like infants, would have the mixture squirted into their mouths via syringes. As the members began to convulse and die by the dozens, Jones preached to them over loud speakers, urging them to drink the poison, referring to their actions as “revolutionary suicide” and feeding their fears that were they to live, the government would burst in and make them wish they were already dead. At some point during the proceedings, Jim Jones shot himself in the head.

I know all of this because I’ve seen more than a dozen documentaries on the Jonestown tragedy. It is perhaps the most well documented tragedy of its kind. THE SACRAMENT, the latest film from indie horror wunderkind Ti West, is basically Jonestown: The Found Footage Film, a shallow, empty exploitation film that has nothing new to say and no new insight to offer. It replaces Congressman Ryan and his entourage with three Vice filmmakers trekking to a religious settlement to find a woman named Caroline, the sister of one of the filmmakers. Upon arriving, they meet church members, attend community events and even interview Father, the leader of the settlement and the films stand-in for Jones. During the night, a piece of paper is slipped to one of the filmmakers and the events of November 18, 1978 begin to play out, only on a much smaller scale.

I have a problem with this film. As it stands, it really is little more than a freak show FACES OF DEATH-esque reenactment of one of the worst tragedies of all time, all done in the name of shock value. The film devotes nearly half its running time to the events of November 18th, the day 900+ people took their own lives at the behest of a manipulative madman. The film cannot wait to get to these scenes. Everything that comes before these scenes is just filler. And when the moment arrives and the Kool Aid starts to be doled out, West spends so much time focusing on the pained reactions, foaming mouths and dead bodies that I began to feel a bit uncomfortable. Let me make one thing clear: I have no problem with using real life tragedies as backdrops for films. I have no problem with a SCHINDLER’S LIST or a UNITED 93, films that do not sensationalize their tragedies for the sake of cheap thrills. I do however have a problem with a movie that exploits tragedy for childish shock value. That’s exactly what this film does. It’s cheap and exploitative.

I also have a problem with found footage movies that can’t even abide by the fucking rules of found footage movies. There are so many edits in this film that it quickly becomes apparent that West just gave up on even trying to make it work. There are innumerable scenes that could not possibly have been filmed by either of the two cameramen. If you’re going to go for cinematic entrances, edit the high holy hell out of the film and use tricks like cut aways and close-ups, just shoot the damn thing in the regular old way. Don’t begin by using one technique, start doing another and then return to the original technique whenever you need a cheap scare gag. It’s just lazy and amateurish.

And that basically sums up the entire film right there. Lazy and amateurish.
Posted by David Grant at 9:40:00 PM
Email ThisBlogThis!Share to TwitterShare to FacebookShare to Pinterest
Labels: 31 Days of Horror, The Sacrament