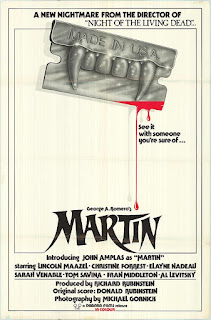 As a child, I would often spend weekends in Girardville, PA. That's where my dad is from. It's a relatively small town, home to less than 2,000 people. Even at a young age, I was struck by how depressing the place was. The coal mines that once sustained the town financially had since long dried up. I don't ever remember seeing a single child in all my time spent there. It was like everything that still had any vitality to it had long since moved away or was swallowed whole by the crippling stasis of a town that never recovered from its economic collapse.

There were churches, of course, and plenty of bars populated by old men that all looked like they had been stubbornly refusing the grave for decades. People spoke about pre-Vietnam times like they were yesterday. No one seemed concerned or even interested in tomorrows or todays. Just the old times, the better times. Every conversation was about people in the past or long evenings spent in the 50s or 60s, and nary an hour went by without someone telling me that I reminded them of so-and-so when they were little. Visiting that old town was like wandering into some great wake full of people endlessly mourning the death of the "good old days".

That is the kind of setting that George Romero's MARTIN takes place in. The town is Braddock, just outside of Pittsburgh. The town is old and dying. It's the kind of place where two cousins, one female and one male, living beneath the same roof is considered inappropriate. Masses are still partially delivered in Latin and the old priest still performs exorcisms, much to the chagrin of the new priest in town, a younger man who smokes and chuckles about seeing THE EXORCIST at the theater. The depressed state of the economy is driving the younger citizens out to the city. Every housewife we meet is either being cheated on or is cheating on her husband. Everything is decaying. People talk about the older days and the older ways, as if they were more pure and noble. It's like no one ever thought about whether or not they should move on and leave the past in the past.

Into this environment comes Martin, a young man in his early 20s. He has freshly arrived from some undisclosed place to stay with his elderly cousin, a man named Cuda. Martin is reclusive, almost cripplingly shy, but soft spoken and gentle. He's also a vampire. Or so he believe himself to be. The sun only bothers his eyes a little and religious icons hold no power over him. “I'm 84 years old”, he tells his cousin Christina, a 20-something woman looking to get the hell out of Braddock before it poisons her too.

Cuda also believes that Martin is a vampire. In fact, Martin has been sent to live with him for a reason. Cuda is to cleanse Martin's soul before eradicating him. To protect himself and Christina, Cuda hangs garlic on the doors, carries a crucifix and even rigs a bell system on the door so he knows when Martin comes and goes. For Cuda, the Nosferatu is a real thing, a demonic curse put upon his family. The evidence of that curse is kept in a family photo book and through the hushed legends the family pass down from generation to generation. “There is no magic”, Martin tells him, but for Cuda, the magic is all too real. Martin is a vampire and is to be destroyed if he so much as harms a hair on any person living in the city.

MARTIN is a complex bit of work, far more nuanced that your typical run of the mill vampire film. The world of the characters is an explicitly Catholic world (Romero himself grew up in a Catholic family) and perhaps this is just my atheism coloring my perspective, but the underlying point of the film seems to be that there is an inherent danger in adopting a Bronze Age system of beliefs.

Cuda belongs to the backwards intellectual class of people that once thought the way to solve tremors was by drilling a hole through the skull to allow the demons shaking the body to escape. He gives holy importance to plastic crosses and cloves of garlic. When Martin decides to give Cuda a little fright by dressing up like your typical movie vampire, complete with a cape and plastic fangs, Cuda doesn't respond with a frown and a groan of displeasure. He responds by collapsing in fear, dangling his rosary in front of him. His “old country” beliefs, rife with supernaturalism, have robbed him of the ability to know fantasy from reality. Martin may not be a monster in the literal sense of the word, but Cuda, his head pumped full of religious delusion, definitely makes him out to be.

Martin is both a victim and a victimizer. The film alludes to his upbringing being one of near constant brainwashing. He's been told that he's a vampire presumably since birth. Throughout the film, Martin suffers from delusions (presented to us in glorious black and white vignettes), exhibits signs of extreme gaslighting and routinely displays ambivalence towards anyone expressing doubts about his condition. “It isn't magic. It's a sickness”, he tells Cuda and right he is. In the underlying allegory of the film, Martin's vampirism, that is his inherent sinfulness, is a sickness, one that Catholicism claims we are all suffering from. We are all the inheritors of original sin, disgusting creatures in need of salvation, damned since birth.

The Catholic preoccupation with all things carnal is depicted here as scenes of vampirism (vampirism has always had a sexual component, after all). Martin, kept by his family in a state of repressed, almost infantile sexuality, can't even bring himself to refer to the act as “sex”, instead referring to it in a juvenile way as “sexy time”. His acts of vampirism are brought on by sexual longing, preferring to only attack attractive women. He drugs them and rapes them, ending the encounter by slitting their wrists with a razor blade, drinking their blood. He poses the bodies, giving the impression that the victims committed suicide (another Catholic preoccupation).

Because of his upbringing, Martin only recognizes sex as something sinful, something that ends in catastrophe. When he finally meets Mrs. Santini, a bored, lonely housewife and has sex with her, razor blade free, it pacifies him. The sequences between the two are the only time we see Martin engage in what can be considered normal, healthy behavior. But because this is a horror film and the allegory cannot end in anything but total destruction, the happiness (or at least relative passivity) doesn't last long. Martin cannot completely overcome his delusions and Cuda, ever sure that Martin is little more than a mythical monster, misconstrues a simple tragedy as something unholy.

In the end, everyone suffers, all because of religious delusions. The film is a parade of wasted and ruined lives, and if that sounds like a downer to you, well, it is. MARTIN is not DAWN OF THE DEAD. It isn't a Saturday morning cartoon. This is a tragedy wrapped in a horror film. But it's also a breathtaking bit of work, a supremely fascinating deconstruction of the vampire film, written and directed by a true independent filmmaker at the height of his creative potential. It's my favorite of all Romero's films and at the risk of sounding like I'm heaping false praise, this is one of those films that offers me up something new each time I watch it. It's assured enough in its own message that it never feels the need to hold my hand throughout. It's subversive enough to be both hilarious and uncomfortable, often at the same time. It's existential as well as being delightfully morbid, capable of tickling both the brain and the gag reflex.

It's also a film that can be watched and enjoyed from multiple angles, which makes it a perfect film to argue about on the internet. And who doesn't love to argue about movies on the internet?
Posted by David Grant at 10:11:00 PM
Email ThisBlogThis!Share to TwitterShare to FacebookShare to Pinterest
Labels: 31 Days of Horror, George Romero, Martin